Taiwan's defense forces are on a heightened state of alert. On Wednesday some half a dozen Chinese jets were reported as having breached the 'median line' separating the Taiwan Strait. China has launched a series of ballistic missiles into waters off Taiwan, with some having flown over the island. Taiwan has confirmed that mainland China launched 11 Dongfeng series missiles into waters north, south, and east of the island on Thursday afternoon. The next five days will include live-fire drills and missile tests surrounding the island in these reported locations:

China is also furious over a prior day's G7 statement condemning its military drills. The G7 warned Beijing not to use Pelosi's visit as a "pretext for aggressive military activity in the Taiwan Strait". In protest, China's Foreign Minister Wang Yi canceled what was to be a face-to-face summit with his Japanese counterpart. At the same time, increased cyberattacks are being reported against Taiwan government websites.

Some military experts think that China may plan to invade/annex some barren islands surrounding Taiwan this time. The market is concerned about a bigger conflict as 3 US carrier groups namely the aircraft carrier group USS Ronald Reagan & the amphibious assault groups USS Tripoli & USS America are in the vicinity of Taiwan against similar Chinese aircraft carriers. Overall, if China ends its 5-day military drill over Taiwan by Sunday, then it will be fine and risk trade may soar from Monday; otherwise, expect more pain for Wall Street and Gold will soar further if China decides to extend the Taiwan military exercise further. 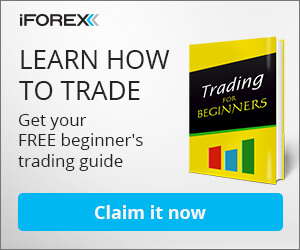 Now, from geopolitics to economics, Wall Street was also under stress on the concern of an imminent all-out recession amid bond yield curve inversion coupled with hawkish jawboning by the Fed contrary to the earlier perception of a ‘Powell pause/put’. Also, fine details of Powell's presser/Q&A ON 27th July (post FOMC meeting) indicate Powell didn’t assure about any rate hike pause in 2022.

·         Soon, we must receive reports on inflation that are less unpleasant

·         I have slightly revised my estimates for this year's economic growth, now likely looking at 1% or less

·         With economic growth near trend, I see the unemployment rate remaining below 4.5%

·         If the inflation rate doesn't decrease over the upcoming few months, we might have to reconsider raising the rate

·         Once we reach a slightly restricting level, a softer ascent might be a suitable course, but it depends on the facts

·         We need to start getting less ugly inflation reports soon

·         I do not anticipate a substantial increase in the unemployment rate

·         A respite will come from the decrease in gas prices, and the housing market stalling is also a good indication

·         We remain steadfast and entirely committed to attaining price stability

·         Consumers want to see directional improvement, not getting prices lower than they were some months ago

·         Not sure if jobs data due this week will show an easing of hiring yet, still demand workers outstripping supply

·         Firms are reducing vacancies, not laying off workers en masse, which supports optimism for a soft landing

Overall, the SF Fed President Daly prefers +0.50% rate hikes in September followed by +0.25% each in November and December unless inflation further surges abnormally

·         I believe unemployment will rise as we progress through this cycle, but we need to have that happen to make sure we get back to price stability

·         These are unusual and difficult occasions to successfully read data

·         Typically, a recession coincides with a worsening job market, but that is still a pretty significant indicator

·         Investment, consumer expenditure, and housing are all starting to decline

·         Currently, you must use some caution when using models from the Fed

·         We are dedicated to controlling inflation

·         There hasn't been a significant decline in US activity

·         Companies I've spoken with are still having difficulty finding workers

·         However, moderating demand is not affect inflation yet

·         Given the size of the balance sheet, we should consider selling some MBS

·         Companies I've spoken with are still having difficulty finding workers

·         My rate path could be more frontloaded and data dependent

·         However, there are lessons to be gained in not having so stringent forward instructions in the future

·         However, these are simply preliminary indications. The labor market remains robust

·         Interest rates are expected to climb further this year and throughout the first half of next year, after which they will likely begin to fall

Overall, the Cleveland Fed President Mester batted for +0.50%/0.75% rate hikes in September followed by +0.50% each in November and December for an above 4% terminal rate by Dec’22.

·         The second quarter slowdown was more concerning than Q1

·         I expect another 1.5 percentage points or so in interest rate increases this year

·         I think we’ll probably have to be higher for longer to get the evidence that we need to see that inflation is turning around on all dimensions and convincingly coming lower, not just a tick lower here and there

·         We’re not in a recession right now. We do have these two-quarters of negative GDP growth. To some extent, a recession is in the eyes of the beholder

·         The Fed can control inflation, but a recession is possible

·         The rate of inflation normalization is unpredictable

·         The Fed is credible in delivering lower inflation

·         Expect inflation to come down but not immediately, not suddenly and not predictably

·         Seeing inflation coming down due to flattening demand, supply chain improvements, and easing of commodity pressures

·         According to the best available data, inflation expectations remain anchored

·         There will eventually be a tradeoff between employment and inflation

·         The Fed may activate a counter-cyclical buffer for banks

·         Inflation is dragging wages up rather than the other way around

·         Wages are climbing; the risk of this goes to a wage-driven inflation story

·         Concerning inflation is spreading; we need to act with urgency

·         Where will eventually be a tradeoff between employment and inflation

·         The best data we have says inflation expectations are still anchored

Overall, the Dec’22 terminal rate may be +4.00% to +4.75% as per the actual inflation trajectory, if Russia-Ukraine/NATO geopolitical tensions and subsequent economic sanctions continue. Moreover, if China invades Taiwan, then it will result in another wave of economic sanctions and supply chain disruptions, resulting in elevated inflation.