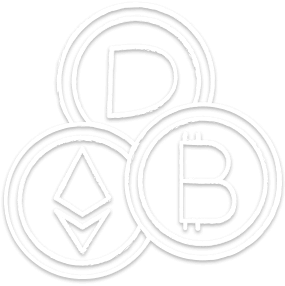 It’s time to talk about cryptocurrencies – and why not? Everybody else is talking about it. Cryptocurrencies are the latest fad on the news, financial sites and blogs and it’s not difficult to understand why. This new instrument has the potential to change the way we handle money and could even affect the global banking system and many other industries.

In this quick article we will offer a quick explanation of this revolutionary instrument and explain how it can be traded online in the form of CFDs.
Want to go straight to the cryptocurrency CFD trading part? You can skip the rest.
Want to start at the beginning? Let’s get going…

What is a cryptocurrency?

In simple words, a cryptocurrency is a digital asset used as exchange. New currency units are created via cryptography (encrypted code), and the same process is used as security. The best way to understand the nature of cryptocurrencies is by looking at what differentiates them from fiat (traditional) currencies. Unlike the US Dollar, Euro, Pond, Yen, etc., a cryptocurrency is not issued by a specific, central authority.

And now, in a chart:

Now, a bit of history

Perhaps “history” is a big word when we’re talking about an instrument that hasn’t even existed a decade ago, but let’s take a quick look at how it all started. The first known decentralized cryptocurrency was Bitcoin, which made its first appearance in 2009. Who invented Bitcoin? Nobody knows for sure. We do have a name - It was invented by an unknown programmer, or a group of programmers, under the name Satoshi Nakamoto – but it’s uncertain if it refers to a single programmer or a group of them.
Bitcoin uses Blockchain – a kind of a constantly growing, public ledger that records every transaction and is viewed by many as providing the crypto currency with its innovation and security.
The creation of Bitcoin was quickly followed by the creation of many additional, decentralized cryptocurrencies such as Ethereum, Litecoin and Ripple and have gained both publicity and popularity worldwide.

It’s hard to evaluate the exact number of cryptocurrencies, especially since new ones are probably being created as we speak, but current estimations stand at nearly a thousand. This means we can’t possibly cover the whole list here, but we do have time to mention just a few examples…

Unsurprisingly, many central banks consider cryptocurrencies a risk to the traditional monetary system. Their main concerns are based around the potential decrease in the ability of governments and central banks to influence the economy, as well as a decrease in the public’s trust in fiat (traditional) currencies, should cryptocurrencies gain significant footing in the global economy.

Why do people trade cryptocurrency CFDs?

When you trade cryptocurrencies CFDs, you can always choose to ‘short’ or ‘long’ your position, potentially taking advantage of price changes in any direction – up or down.
Need a more thorough explanation? Learn more about Long and Short Trading.

We’ve already covered most of these points above, but for clarity’s sake, here they are in a nice, little chart:

How to open a cryptocurrency CFD deal

When you decide you want to open a CFD deal with iFOREX – be it on cryptocurrencies or any one of our other CFD instruments – you can do so in four steps.

Factors that affect the price of cryptocurrencies

As we’ve mentioned above, cryptocurrencies are decentralized, so they are not controlled – and cannot be manipulated - by a specific government or central bank. This also means that many of the factors that impact the price of traditional currencies – a change of a central bank’s policy, economic data or a natural disaster – are unlikely to have a direct impact on the price of cryptocurrencies.

What factors could affect the price of cryptocurrencies? Clearly supply and demand are the main market movers, but here are a few more detailed examples…

Wait… we just said governments can’t control the price of cryptocurrencies, so why do we mention them among possibly influencing factors? Well, a major government still has power, even if it’s just in its ability to pass decisions regarding the legality of a specific instrument. For example, on September 4th 2017, China decided that all ICOs (Initial Coin Offerings) were illegal and made comments indicating it might be cracking down on cryptocurrency trading in the country. Considering the size and influence of the Asian superpower, the market reacted and in the days that followed days, Bitcoin price decreased.

Just like any other financial instrument, the price of cryptocurrencies is also affected by crowd psychology. In simple words: The perceptions of people regarding the stability, status or potential of a specific cryptocurrency could be a major factor in dictating its price.

Because cryptocurrencies are not connected to a specific economy, they pose major challenges to traditional currency analysis methods. Many of the analysis tools that traders use are simply irrelevant to cryptocurrencies and analyzing Bitcoin, Litecoin or similar cryptocurrencies could require new strategies and a new way of thinking.

There is no doubt that cryptocurrencies are an exciting new instrument that has the potential to change global financial markets. Will the popularity of cryptocurrencies continue to rise or is it a temporary fad? Only time will tell. For the time being though, many traders choose to trade cryptocurrencies in the form of CFDs and when they do so via iFOREX they get to take advantage of leverage, tight spreads, no expiration dates and access to free education and training.

Join iFOREX to benefit from our exclusive education package and start taking advantage of market opportunities.