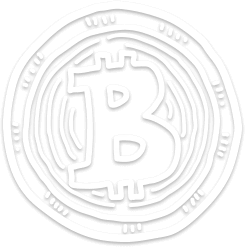 Bitcoin is a peer-to-peer digital currency created by "Satoshi Nakamoto", who've worked on the project alone and released the code to the public in 2009. He disappeared shortly after creating the cryptocurrency, leaving behind only this now infamous quote:

‘’It might make sense just to get some in case it catches on’’
Satoshi Nakamoto, January 17th, 2009.

Bitcoins are traded in a peer-to-peer network, with all transactions being recorded in a public ledger called the block chain. If you send 1 Bitcoin from your Bitcoin address (or wallet) to your friend Adam, the Bitcoin network records the transaction in the ledger, so you no longer have possession of that Bitcoin. The coin has moved from your Bitcoin wallet to Adam’s wallet.

In November 2008, a paper titled "Bitcoin: A Peer-to-Peer Electronic Cash System" was posted to a cryptography mailing list under the name Satoshi Nakamoto . This paper detailed the methods of using a peer-to-peer network as "a system for electronic transactions without relying on trust". In January 2009, the Bitcoin network came into existence with the release of the first open source Bitcoin client and the issuance of the first Bitcoins, with Satoshi Nakamoto mining the first block of Bitcoins ever.

In the early days, Nakamoto is estimated to have mined 1 million Bitcoins, before disappearing from any involvement in Bitcoin.
The value of the first Bitcoin transactions were negotiated by individuals on the 'Bitcointalk' forums with one notable transaction of 10,000 BTC used to indirectly purchase two pizzas.
The only major security flaw found and exploited in Bitcoin's history, occurred on August 2010; over 184 billion Bitcoins were generated in a security breach transaction. Within hours, the transaction was spotted and erased.

Bitcoin mining is the process through which Bitcoins are released into circulation. It involves solving a computationally difficult puzzle to discover a new block, which is added to the blockchain, and receiving a reward in the form of a few Bitcoins. As more and more Bitcoins are created, the difficulty of the mining process – that is, the amount of computing power involved – increases. Once, an ordinary desktop computer sufficed for the mining process; now, to combat the difficulty level, miners must use faster hardware and more advanced processing units.

The simple answer is: just like physical currency exchanges. You're essentially buying one currency with another. Online exchanges like Mt. Gox act as intermediaries for currency transactions, converting capital from Bitcoin to US dollars to other national currencies, back to dollars or Bitcoin. And that's how you make money. By exploiting the constantly shifting values of various currencies, traders can benefit from moving money around these markets, in a process known as arbitrage. But they can lose it just as easily.

How to start trading Bitcoins

Bitcoin Contracts For Difference (CFDs) are the magic which allows you to trade Bitcoin without using Bitcoin. They were originally created for the purpose of gaining exposure to Bitcoin without the necessity of owning it.
CFDs represents a contract between the trader and broker. Such contracts declare that the difference between the trader’s entry and exit price shall be the trader’s profit or loss, basically simulating as if the actual asset (i.e. Bitcoin) is being held by the trader.

Whenever you’re trading an asset, there’s always the concern about how you’re going to check on your trades or place them. Trading Bitcoin CFDs through iFOREX eliminates this concern with an easy-to-use trading platform; It is even more efficient if you do more than Bitcoin trading, because then you can manage all of your trades in one place. For example, you can trade Bitcoin while investing in currency, index, share or commodity CFDs simultaneously, and manage multiple deals using advanced trading tools.

To buy one whole coin, you would have to pay the full amount for a single Bitcoin. When trading Bitcoin CFDs through iFOREX, though, you use leverage. This means you only need to put down a small portion of the whole value of the trade and you won’t require the entire amount as actual Bitcoin trading. Therefore, you can trade more Bitcoins (as CFDs) than through a Bitcoin exchange.

Trading Bitcoin CFDs will add a spread or commission, but that is the same with every currency exchange, online or offline.
Bitcoin spreads may be slightly higher combined with other charges such as those for holding trades overnight. All these can build up over time, making trading costlier, although only by a small margin.

Absence of a choice of Bitcoin exchange

When you’re trading Bitcoin directly, you can choose which exchange you would like to use. There are hundreds of Bitcoin exchanges around the world, their values differ slightly from one to another. Trading through a CFD broker like iFOREX, you'll have to accept the rate on offer, but you will enjoy the stability and trust we offer as well.

Before we go any further, a word of caution: Bitcoin prices are highly volatile. Prices have risen and fallen dramatically within a month - and even within a single week or day.

Trading Bitcoin with iFOREX, allows you to leverage your initial deposit by up to 10 times, allowing you to gain a large market exposure but never risking more than you have in your account.

Traders who buy and hold deals with a longer view, often referred to as “hodlers” in the Bitcoin community. They consider Bitcoin price in terms of monthly, weekly and occasionally daily charts. They expect Bitcoin to become extremely valuable in future.

There is some justification for this view, due to Bitcoin’s superior monetary utility, limited supply and inherent advantages over regular currencies. Hodlers tend to base their actions more on fundamental analysis than on technical analysis, which is to say hodlers act on their assessment of Bitcoin’s economic potential rather than chart patterns and the like.

Hodlers are insensitive to daily price fluctuations. Some holders are unphased even by extreme price moves, particularly those who’ve experienced several bubbles during Bitcoin’s history. Hodlers tend to view price crashes as an opportunity to acquire more coins at a discounted price. They may take profits if they believe price has reached an unsustainable peak although they’re unlikely to liquidate their entire position.

A swing trader typically maintains a position for a few days to several months. Their strategy is to trade significant price moves between two extremes. When price isn’t following a strong upwards (often called “bullish”) or downwards (often called “bearish”) trend, it tends to range between a high and a low price. These are the levels at which buyers or sellers reliably enter the market in volume, with the result that price direction reverses.

When the Bitcoin price reaches a likely reversal level, swing traders will bet on a price reversal, particularly when such indicators confirm the likelihood of a change in direction. Should price continue rather than reversing, this is a clear signal to exit the trade at a small loss.

Swing trading is a strategy which aligns extremely well with CFDs. The timeframe is a good match and larger price moves will amply compensate for the spread and Premium. Also note that the Take Profit and Stop Loss limits, available when buying or selling through iFOREX, can be used to great effect when making such trades.

A chart of a ranging Bitcoin market. The smaller swings within the greater swings can be traded as well:

As they say, “the trend is your friend, until it ends.” Trend traders aim to enter a prolonged up or down move and ride it out until exhaustion. Unlike swing traders, trend traders often have no definite target in mind. This is especially true when the price reaches new highs, as Bitcoin did from early to late November 2013, when it went from $250 to over $1000 per coin.

Identifying a trend-in-the-making is an art form, as a trend's formation is subtle in the early stages. One clear sign of an emerging trend is price consistently achieving higher highs and lower lows, breaking through some previously significant level confirms the trend. Trends gain momentum as market participants “herd” into them. If the trend is particularly strong, it’s soon noticed by market outsiders and the financial media, which draws even more participants into the trend.

Good trend traders get in as early as possible and exit before the trend reverses. Trying to pick tops and bottoms is a fool’s errand however – it’s better to wait for confirmation of a trend from momentum-measuring indicators, and to take profit sooner rather than later.

Like swing trading, trend trading fits very well with CFDs. Although trends exist across all timeframes, when trading CFDs it’s best to look for significant moves over the longer timeframes; multiday, weekly or monthly.

A daily chart for about 3 months, showing a new upwards trend:

Day traders maintain a position only as long as they’re “on-duty” – typically 12 to 16 hours but sometimes longer. In Bitcoin trading charts, you’ll often see day traders bemoaning their lack of sleep as they nurse a particular trade they can’t bear to close out. Traders might trade intra-day swings and/or trends and some will engage in scalping (covered below).

Day traders are likely to follow hourly or sub-hourly charts, with occasional reference to higher timeframes. This trading style is best-reserved for those who wish to make Bitcoin trading their full-time occupation. Day trading aligns well with CFDs, except during times of low volatility when the price action is flat.

Scalpers attempt to profit from minute-to-minute moves, often utilizing imbalances in the order book to reap a multitude of minor profits. They tend to use charts of 5 minute duration or less. This method is entirely unsuited to CFDs due to the spread, which pushes trading fees above expected returns.

Are you ready to trade Bitcoin?
Check out these amazing benefits: