What is fundamental analysis? 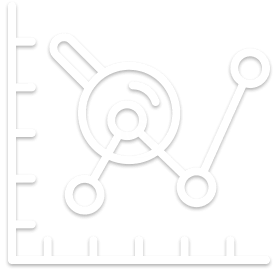 Gather around, because today we have an important topic to discuss: Fundamental analysis. Don’t worry, you don’t need a financial degree in order to learn how this strategy works or how you could implement it. All you need is to grasp the ‘fundamentals’, meaning the factors that impact a specific economy.

Not all traders use this type of analysis, and you might choose not to either, but you should still attempt to get the gist of it. Why? Because it plays an important role in the world of trading and is included in many trading strategies. Are you ready to see what fundamental analysis is about? Great, we’ll start with the basics.

Fundamental analysis is a bit like research. It involves the assessment of all sorts of data – economic, political and even social. Not any data of course, just the kind that can impact the supply and demand of a specific instrument. It’s quite simple to understand how supply and demand work as economic indicators. Figuring out what factors affect supply and demand is much trickier, but with a bit of practice and a bit of training, you will see it’s not too complicated.

The factors that you need to figure out are usually referred to as (surprise surprise) ‘fundamentals’. In theory, by analyzing these factors, traders can draw conclusions regarding the state of an economy or a company and use them to make informed trading decisions. For example, the level of employment can offer information regarding a country’s economy and - under certain conditions - can eventually affect the demand for that country’s currency.

Want an example? Here you go:
When trading forex, fundamental traders will try to assess how well an economy is doing in order to speculate whether the currency will strengthen or weaken. They work under the assumption that if a country’s economy is thriving, foreign investors and businesses will want to invest in it and will need local currency to do so. The result, according to this theory, is that the local currency will rise.

One of the most important tools for traders who implement fundamental analysis is an Economic Calendar. It essentially lists major economic events in numerous markets, announcements, profit reports and even speeches. This may sound incredibly simple, but the true power of the economic calendar is its ability to serve many relevant events in a single place, enabling traders to follow them without having to go through the laborious research themselves. This is a huge time saver, and the Economic Calendar at iFOREX also includes filters, enabling you to sort results according to date range or region.

There are many events listed on a standard economic calendar. We can’t possibly mention all of them, but we will look into a few of the better-known terms here.

How economic events influence the market

You might think that the earnings reports are straightforward: A company reports great earnings, the share price rises. However, things can be a little bit more complex.

Just look at Facebook as an example. On November 2016, the company reported Q3 sales that grew 56% - well beyond expectations. You’d think investors would be overjoyed.
Well, think again.

Shares crashed and if you wonder why, you’re going to need to squint your eyes, because the answer is in the fine print. The problem in this case wasn’t the company’s profits – they were great. The issue was with the company’s projections. When releasing the data, Facebook’s Chief Financial Officer said that revenue growth rates are likely to decrease substantially in 2017. What happened next? Just look at the chart below. 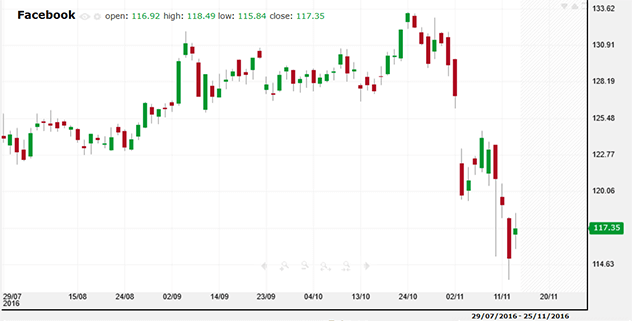 How do you handle so much information?

As you’ve seen above, there is a lot of fundamental data available online. One of the biggest challenges you will face is having to compile and study all of it. A single report is easy to read and grasp – but you still need to figure out how to incorporate it within an economic overview. And what happens when there are 50 reports to analyze? If you want to save some time, you can check out our daily market analysis and find insights regarding several leading instruments.

Want to learn more about types of analysis and trading strategies?